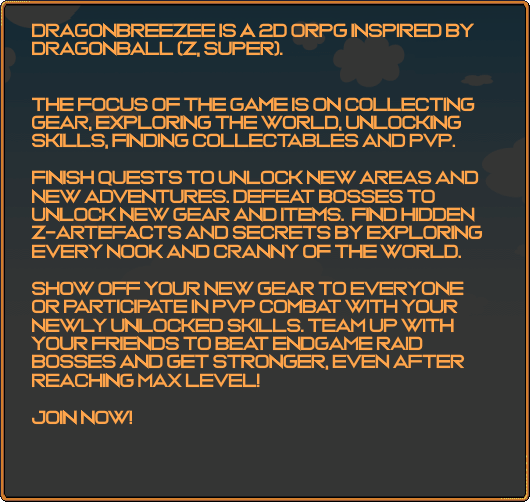 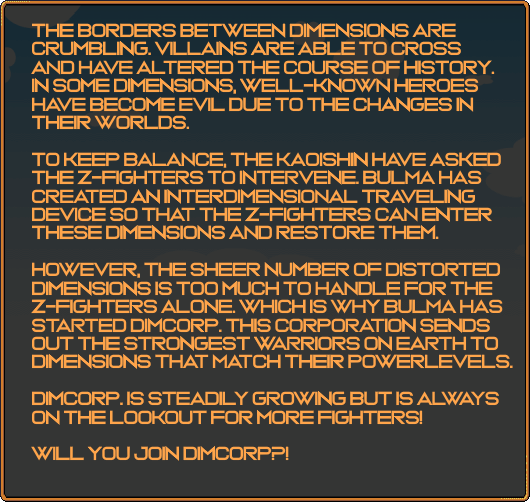 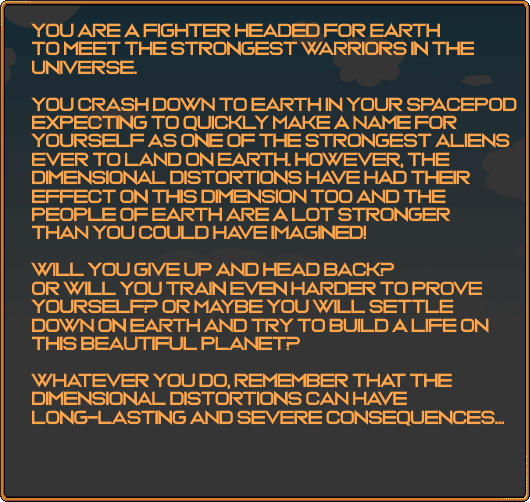 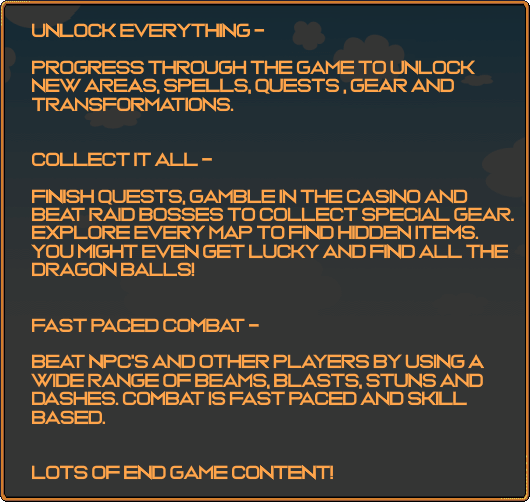 Fight during the day, and again at night!

Use different techniques to fight enemies!

Find hidden capsules in the world!

Spend your hard earned money in the Casino!

Did you ever fix the spawn issues when you first started? Along with dropping all gear when you die? Those are the two reasons I stopped playing it.

I think I will add it to the Games section later, too lazy now..

Now there is a 30% chance for every item to drop when you die, the beginning has changed a lot since you played too.

You will get some a combat spell much earlier and the NPC's won't swarm you.

Going to change the exp curve and add more spells learned by level up soon after which I will wipe all accounts.

Looks quite good. Might have to give it a whirl in a bit. Well done
K

Of course you are free to try it now, but I would suggest waiting a bit because I still need to balance the levelling and I want to add a bunch more spells you learn on level up. Not only will the game be more fun, but I will also wipe all existing accounts when that happens

Also wanted to show off the fishing system:

It's pretty basic, but I really like the visual aspect. Even if I do say so myself.
The system is fully functional apart from the actual fish giving event. Haven't bothered to make all the fish gfx yet.

Nice system. That event system JC made is pretty nice. Though I'd still code everything. Not a fan of the event systems. Hated them in RPG Maker as well.
K

Yeah, the event system is great.

I also think it would be better to code in a system like this, but I can't code and closed source. So, sucks to be me I guess.

I love the event system for stuff like this though, it's nice to get creative with it. It's like programming for people that can't program.

Thats is for sure. The event system does allow those who don't code to make some pretty awesome things.

Looking good. How many maps do you have done so far?
K

Not sure, the overworld is about 30 finished and 20 half finished maps.
12-ish maps of dungeon.
Then a bunch of interior maps.

The part on the left is finished, the right is WIP.

Map looks great! When will the city be ready?
Reactions: Kasplant and Rob
K

City will take some time because I need to create more tiles to get it ready. -> Focus will also be on creating the Dimension Corp building so I can advance the main questline and introduce some actual DBZ content

I also want to finish my player owned houses event system so you will be able to buy a house there.

What is the Dimension Corp building? Sorry I'm not very familiar with DBZ
K

Heh, you wouldn't know it since it's from my super original story.

Basically the story is this:
Something or someone (ooohhh) is messing with dimensions
Bulma has made a device to travel between dimensions
Goku and friends are fixing the dimensions but there is too much shit to do so they need help
Bulma makes Dimension Corp, bunch of heroes/fighters who fight in dimensions to restore order.
You get hired by Bulma to go fight in dimensions. The stronger you get, the stronger enemies they will let you face.


Storyline is like this for a couple of reasons:

It also explains why super strong Goku or someone doesn't just show up and defeat all bosses for you.

The dimensions are separate maps, so basically just big dungeons which you can complete by defeating the boss, finishing all quests and finding all collectables.
This makes content updates way easier since you have a small separate piece that is only connected to the main game by a warp. So any dimension can have their own story and look.
Reactions: Rob
K